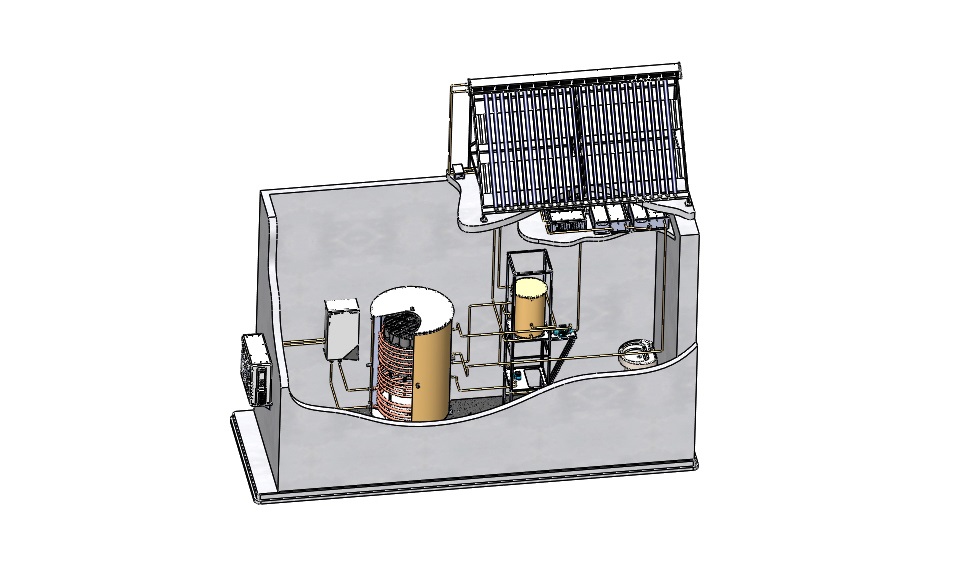 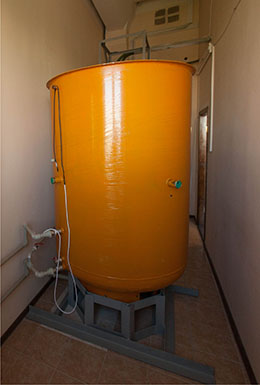 The heat pump, due to the use of aerothermal air energy per 1 kW of energy consumed from the network, generates 3 kW of thermal energy. Compared to any other boiler equipment, the savings are 300%. Using a low, nightly electricity rate can increase your cash savings up to 600%.

The central point of air conditioning systems is the heat storage tank. The heat accumulator in winter, during the preferential tariff, accumulates heat supplied from the heat pump, hot water with a temperature of 55-57 ° C ‚and the solar collector, and gives it over time for air heating of the premises through the fan coil system. In summer, cold water with a temperature of 5-7 ° C accumulates in the heat accumulator at night, which cools the premises through the same fan coil units. Heating and cooling in our proposed system is carried out through the same fan coil equipment.

To significantly reduce the volume of the heat accumulator, we used industrial paraffin with a heat storage capacity of up to 60 kWh / m3 and a phase transition at a temperature of 52.6 ° C. When paraffin is loaded into the tank, the storage capacity of the tank increases by 73%.

In the proposed highly efficient air conditioning system, we use a solar collector with its own small storage tank in summer for preparing hot water. The use of solar collectors is especially relevant in the Odessa region, where the average monthly level of solar radiation is the highest in Ukraine and amounts to 3.55 kWh / m2 per day. Moreover, in the April-September season, the radiation level exceeds 4.55 kWh / m2 per day.

The main obstacle to the large-scale introduction of heat pumps in Ukraine is the persistent misconception about their high cost.

Table 1 shows the one-time costs required to purchase an air-to-water heat pump in premises (houses) with an area of ​​100 to 400 m2.

The increased cost of costs in the proposed system is offset by significantly lower monthly recurring payments. Table 2 shows the calculation and comparison of the cost of 1 kW of heat produced by various equipment. In the calculations, the cost of energy used for heating is assumed at the 2015 level. 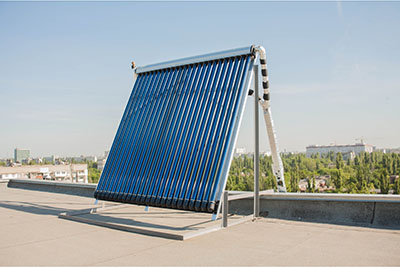 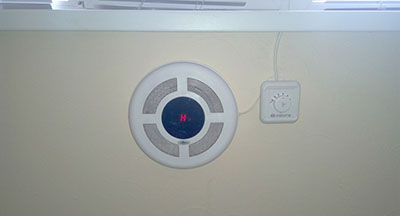 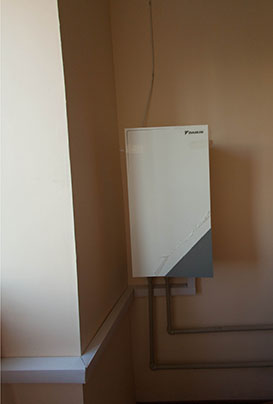 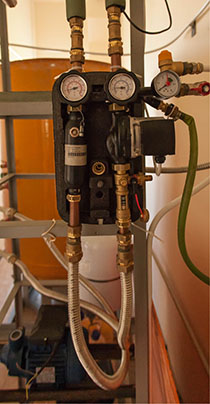 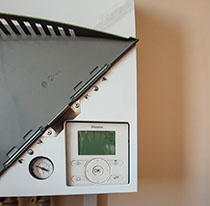 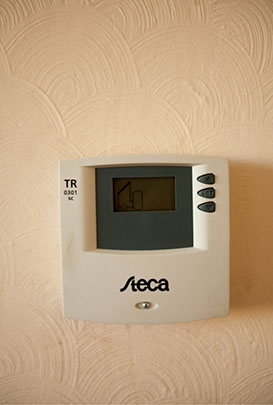 The current heating costs of the systems we offer are 9 times or 900% less than conventional electric heating systems, and 6.0-7.5 times less compared to traditional heating types, depending on the cost of the fuel used. The cost of 1 kW of heat produced by a heat pump is 10.7 or 1070% less than the cost of heat produced by a gas boiler, which allows us to speak about the high efficiency of air conditioning systems based on heat pumps.

With the increase in energy efficiency of buildings, along with a decrease in heat loss, as a side effect, serious problems are created associated with increased air humidity due to internal sources of moisture release, the presence of carbon monoxide and nitrogen dioxide, biological pollution, and the presence of persistent odors. This phenomenon has received the name "Sick Building Syndrome", which is first expressed in the form of "uncomfortable stay", and then, against the background of weakening immunity, various chronic diseases arise.